I know I am soo behind on this post but for my sake I need to do it!! Well it's hard to admit it but we no longer have a baby on our hands =(..Cayden is looking and acting more and more like a toddler every day!
About a week before Cayden turned one he started pointing at everything!! It was fun though because we would always inform him of what he was pointing at, which has led him to say more words. Besides mom and dad, he says what and that.."what" sounds like "what" but "that" seems to come out more like" zat" or "dat" and he never says "whats that" its always one or the other when he is pointing. He loves to turn off and on the lights and will try to say light as well. Yesterday at church I was trying to get him to say Jesus and he was saying sus which was cute but pretty much he loves to talk and a lot of the time he will just say gibberish like he is trying to have a conversation with me, its really cute.
After we got back from our trip to California we decided to stop cold turkey on the bottle and I don't even think he noticed. He is doing great on whole milk too which is nice! Cayden loves food and I mean loves it soo much that I think he would eat it all day if he could. We have given him all different types of food and so far he still has not been opposed to eating any of it, its really fun now that he is always eating what we are eating for the most part.
About a week or so after we got back from our trip Cayden started standing up on his own without the help of furniture to pull up on.
Cayden is very energetic and just recently has decided he no longer needs two naps and sometimes doesn't even want to take one! Luckily he does just fine on one nap even though I wish he would stick to two ;)
The other day Mike and I were singing patty cake which he loves to clap to but right before I started to sing roll it and roll it...he started rolling him arms...he rolls his arms randomly but never with the song so I thought it was really cute..he is really good at picking up on things even when we arn't trying to teach him something.
If there is a door opened or cracked he will open and close it, like if I am hanging up laundry he likes to close me in the closet or he will walk into his bedroom and close the door, its pretty funny.
Cayden has teeth!! He now has a total of 8. His front top teeth came in almost the same day, the first came in on the 14th of March and the second on the 16th of March. Then to my surprise the seventh tooth which was a bottom tooth right next to the ones in front came him on the 17th of March. It was soo not fun for him getting 3 teeth all at once and not fun for mom either! Luckily he had a nice break from it and his eighth tooth didn't start to poke through until the 19th of April which is the bottom tooth on the other side of the front ones.
Here are Cayden's stats:
Height: 29in. 25%
Weight: 21.4oz 25%
Head: 17.8in. 15%
These are pictures we took before church on Mother's day.. 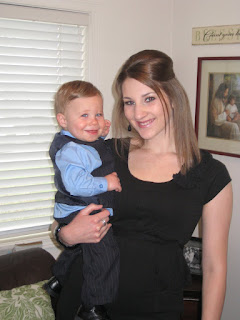 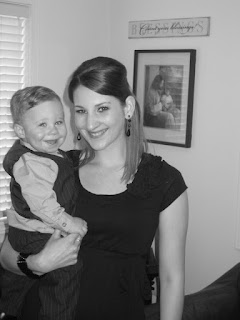 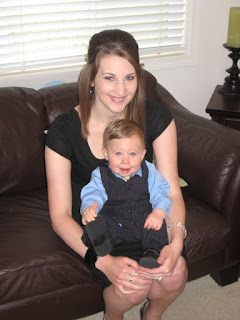 This was a special Easter for us because it was Cayden's first and even though he is not at the age to really understand much we still made it a lot of fun =)
The fun started on Friday..first we had to get a few shots of the Easter Bunny.. 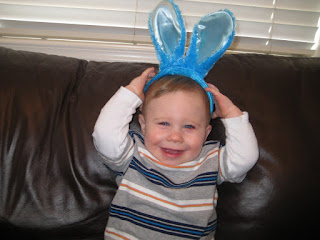 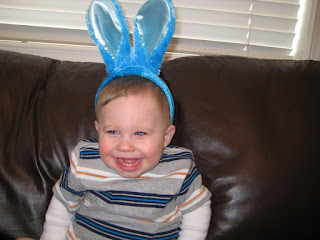 I have never seen these before but they have eggs you put in water and within 48 hours it hatches! It was only a dollar and I will admit..Mike and I were the ones excited about it..but Cayden was the one to drop it in the water which as you can see he seemed to enjoy.. 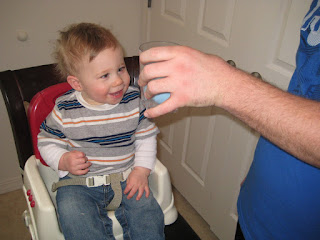 After, we made Easter cards for the grandparents! 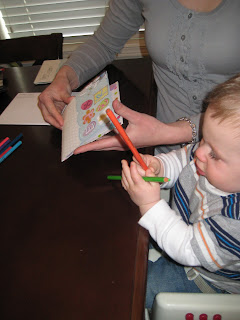 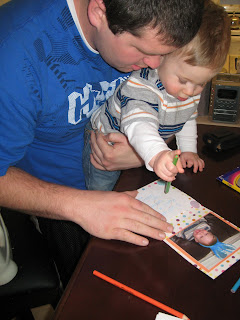 Then it was time to dye the Easter eggs!!
Cayden didn't really get to do a whole lot here but still had fun watching mommy and daddy.. 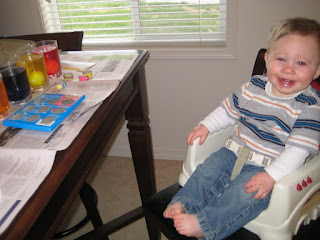 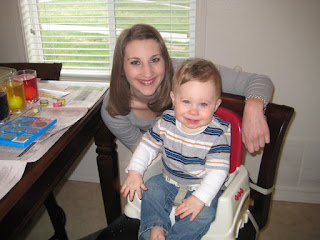 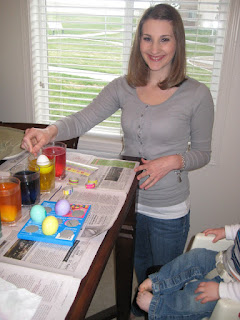 These two are pretty funny.. 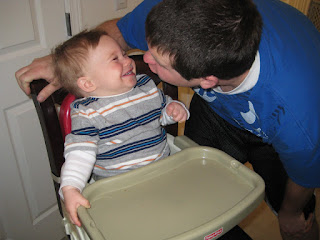 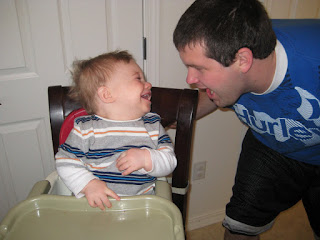 On Saturday we were going to try and go to an Easter egg hunt but got there a few minutes late and it was already over =( but it was such a nice day so we decided to go on a walk and we stopped at the school to let Cayden have some fun! 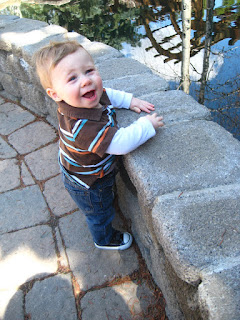 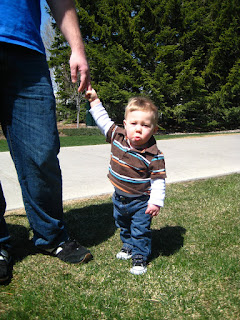 This is what the egg looked like on Saturday... 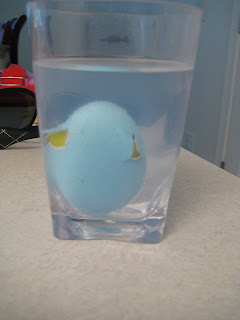 After our walk Mike and I did our usual Easter egg hunt which we love where one of us takes up stairs and the other down and we hide eggs switch and try and find the eggs first...then we let Cayden have a little hunt too.. 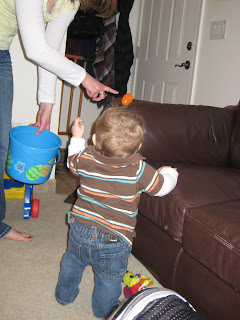 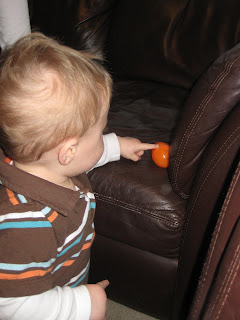 Cayden has a new fascination with plastic eggs.. 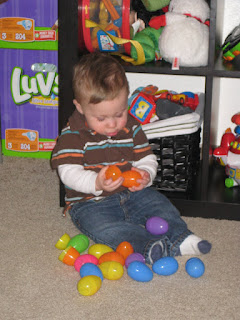 He hatched! Poor guy was all deformed and wouldn't come out anymore than that so we had to pull him out ourselves..I don't think he was quite done.. 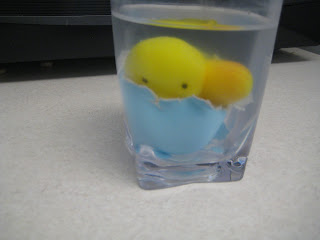 On Easter Sunday...cayden was probably the worst he has ever been at church and really needed a nap when we got home so I was sadly never able to get him in his Easter outfit...that night we had a really nice family dinner. We had absolutely delicious food..Mike said it was the best ham he has ever had..we tried it in the slow cooker..and had fun spending time together as a family =)