Well if we hadn't done enough that day, we decided to head over to Grandma and Grandpa's to go trick or treating and spend time with the family. 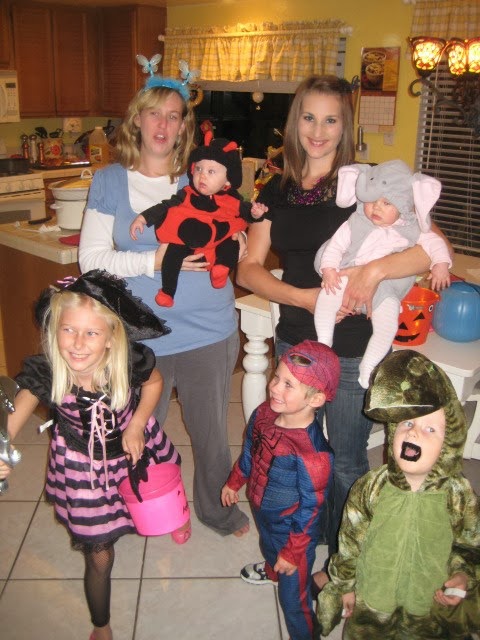 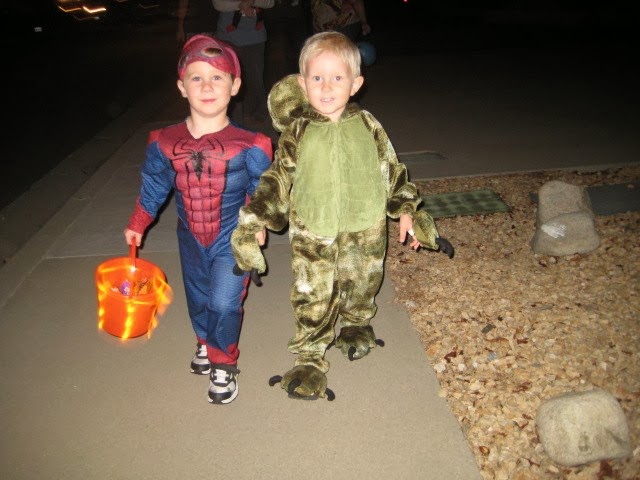 You can hardly see him but he looks just so excited and happy, he was loving this whole Halloween thing 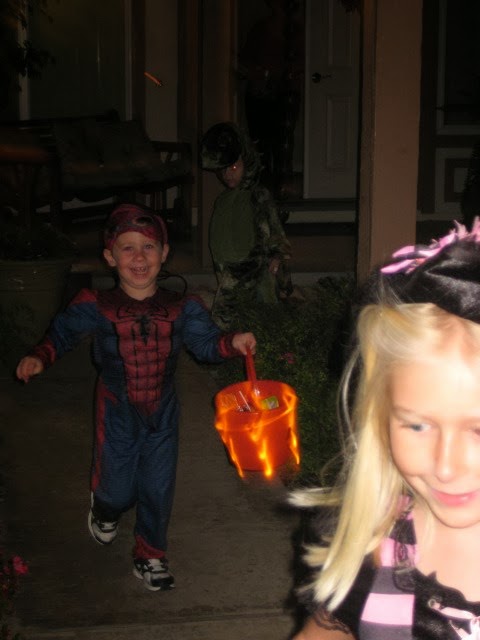 The parents, kids were exhausted from all the walking so we headed back and Madison read five little pumpkins! 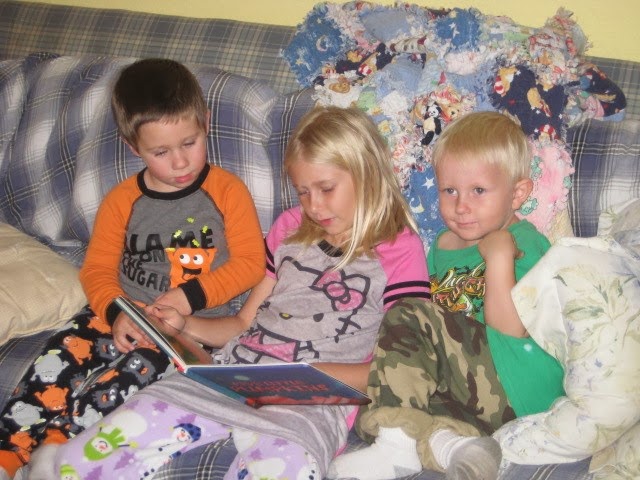 Halloween morning we did our traditional downtown Halloween trick or treating. I think I like going to this as much as Cayden does, I just love towns like this and miss it. Cayden was able to go this year with his best friend Russell and he was so excited about it, he insisted on holding his hand just about the entire time.. 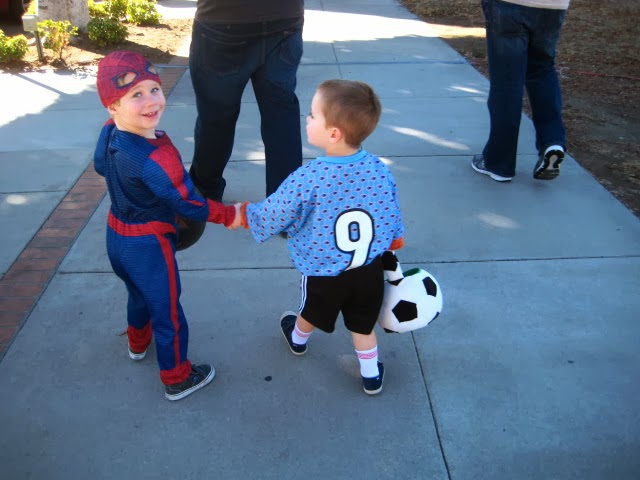 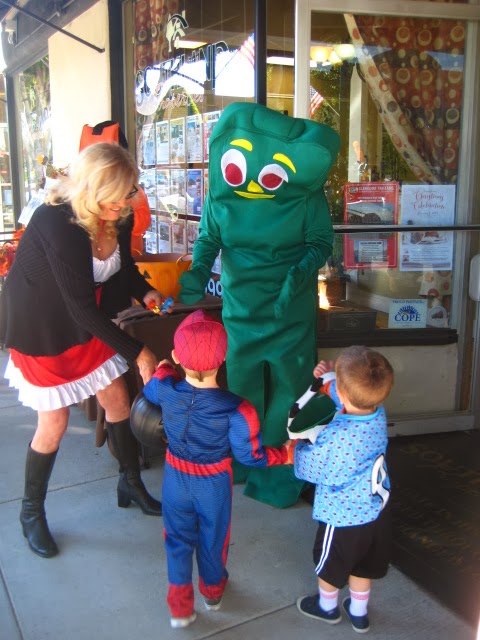 Daddy was able to take the morning off to join in on the fun as well as papa.. 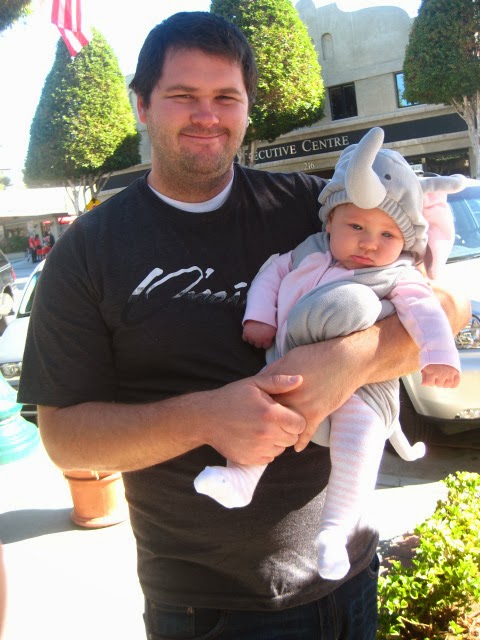 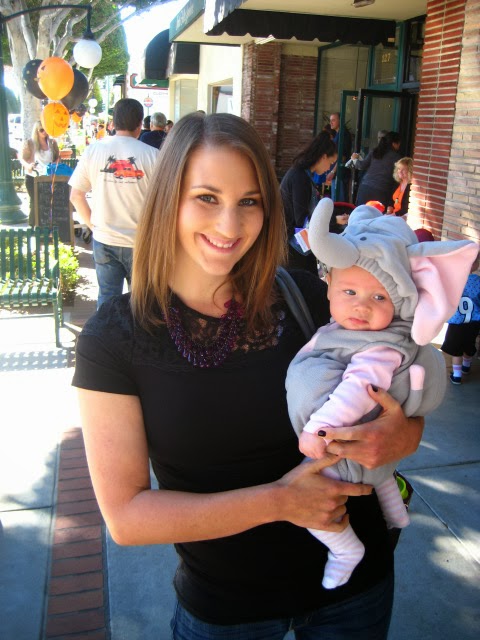 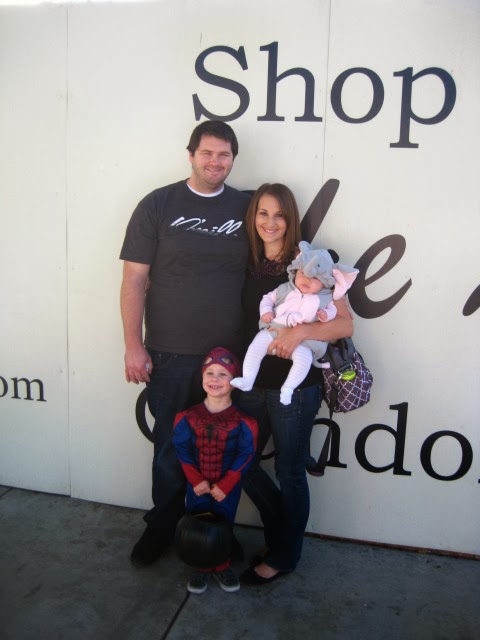 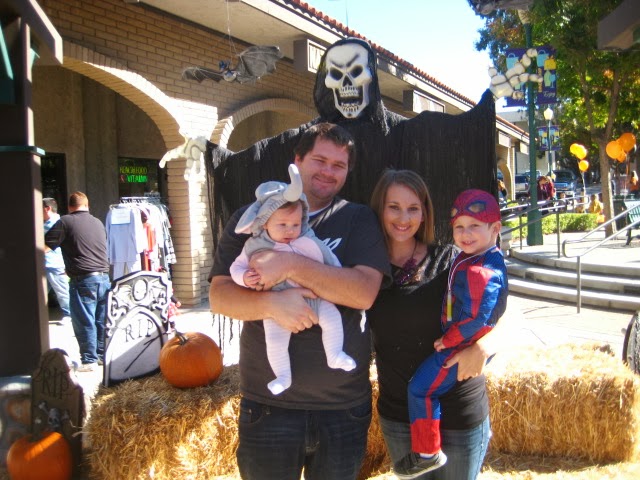 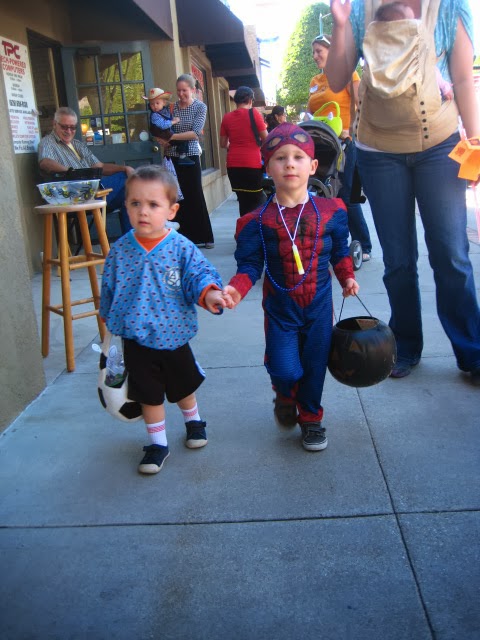 After getting way too much candy we went to lunch with Great Grandma and Great Grandpa.. 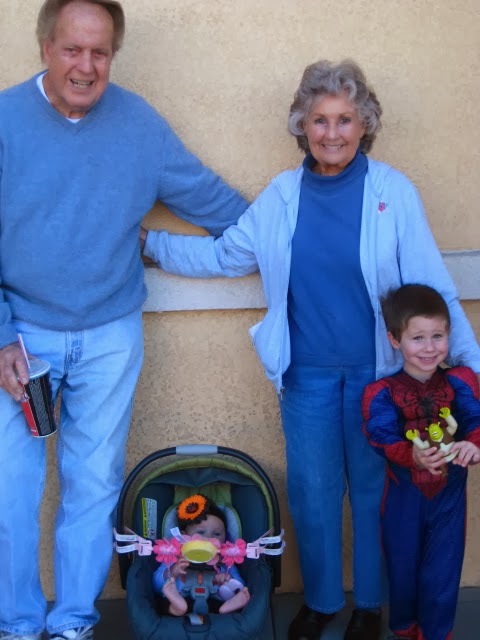 Before we headed home we had to go see Nana and Far Far as well at Far Far's office. He let Cayden go in one of the trucks but the minute he talked about starting it up Cayden wanted OUT of there =) 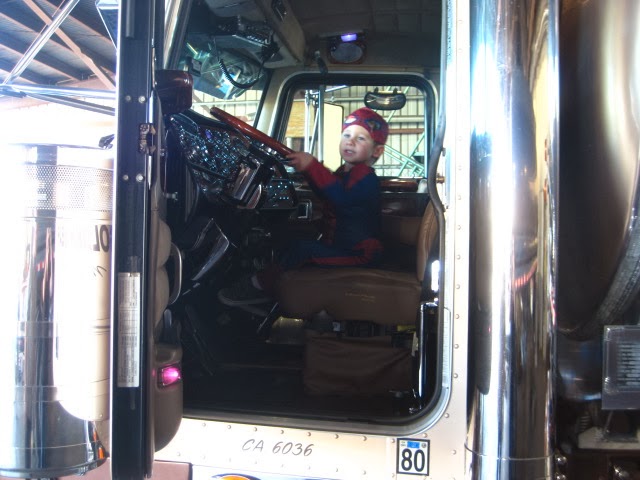 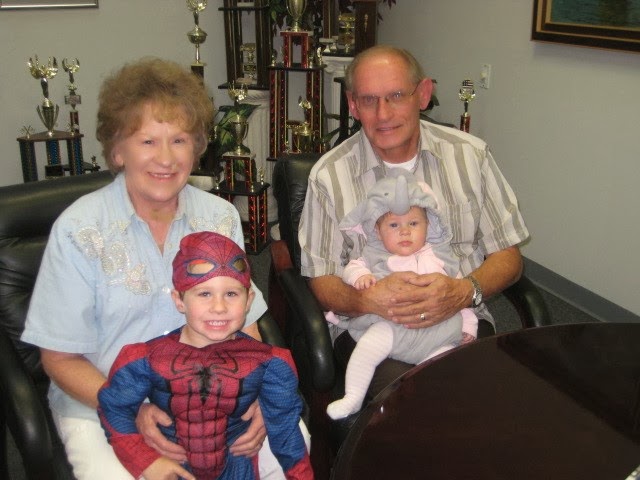 It was a busy morning but a ton of fun!!

Well at least we tried!

I was looking forward to carving pumpkins as I do every year and unfortunately that day just never really came around. We found some weird, fun pumpkins at Walmart.. 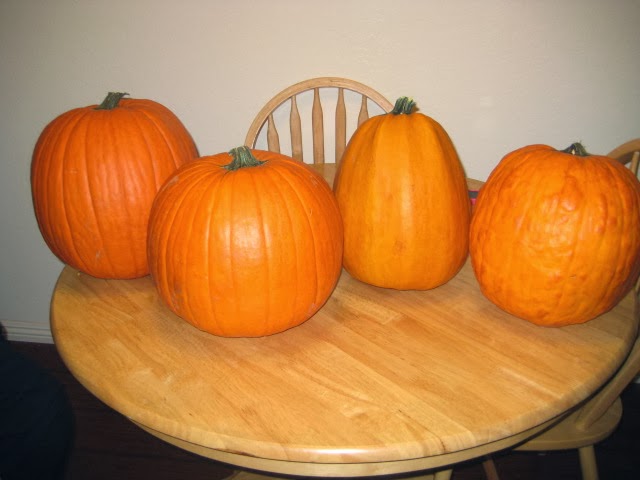 We ended up starting later than we wanted like usual so we were only able to clean out two pumpkins and stencil out one of the designs but that was it... 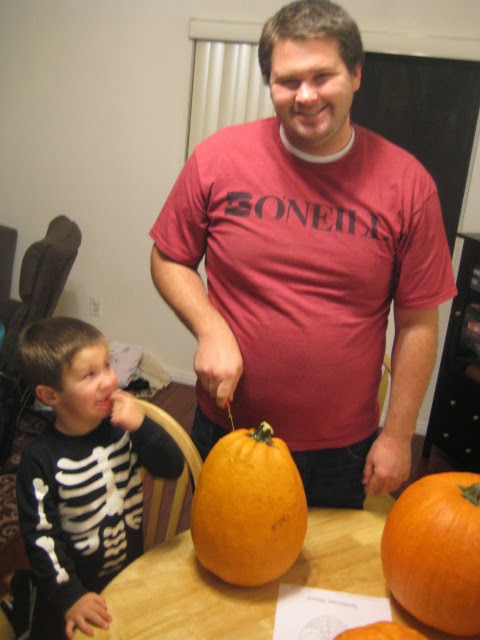 Cayden was really grossed out by what was coming out of the pumpkin but then we were able to finally get him to help scoop it out.. 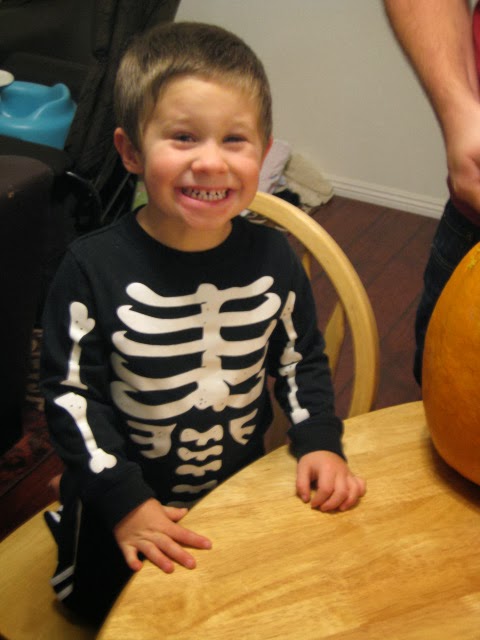 I was getting cuddles from Ellie.. 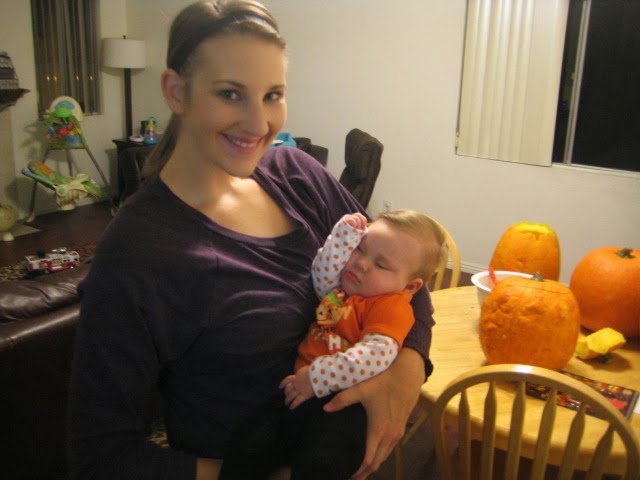 She woke up for some of the fun.. 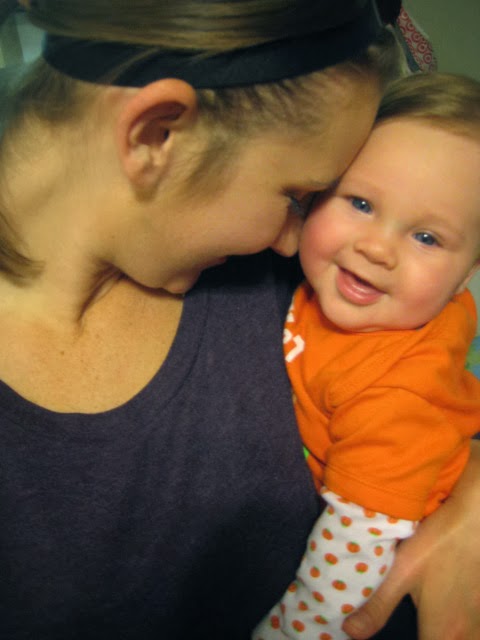 Maybe next year we will actually be able to do it but it was still a fun night!

Our city had a little trunk or treat night on the Friday before Halloween, so my mom came out and we headed over! 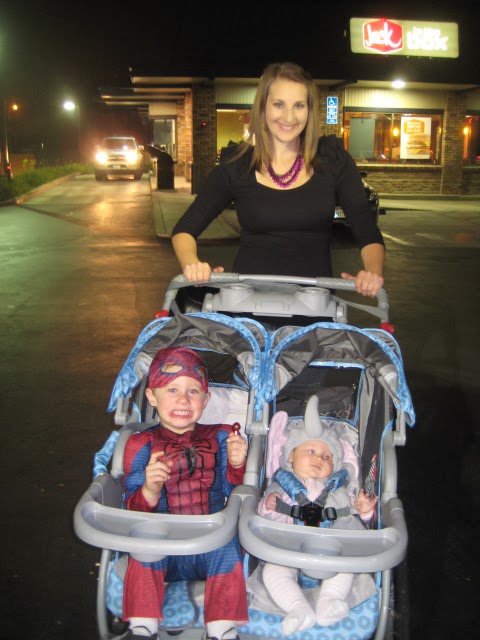 Cayden was having a lot of fun getting lots of candy... 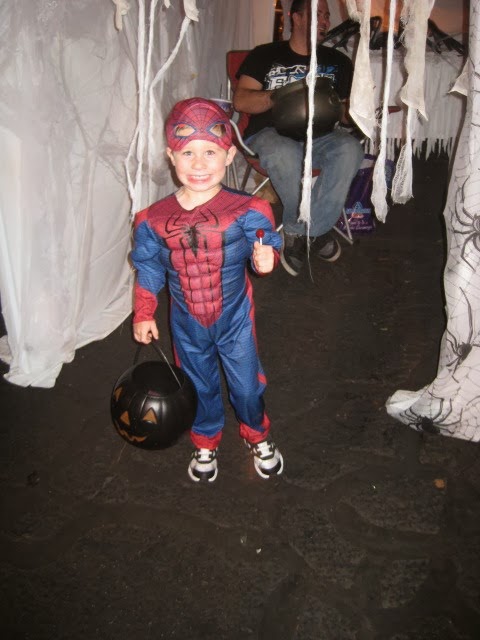 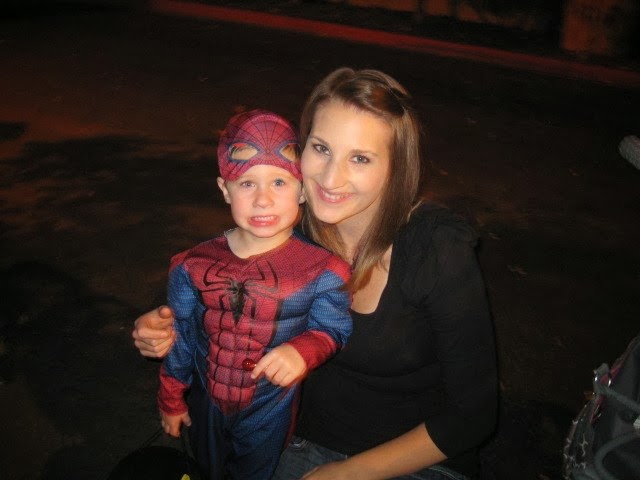 They had a reptile area so Cayden was able to pet a snake but did not want to hold one.. 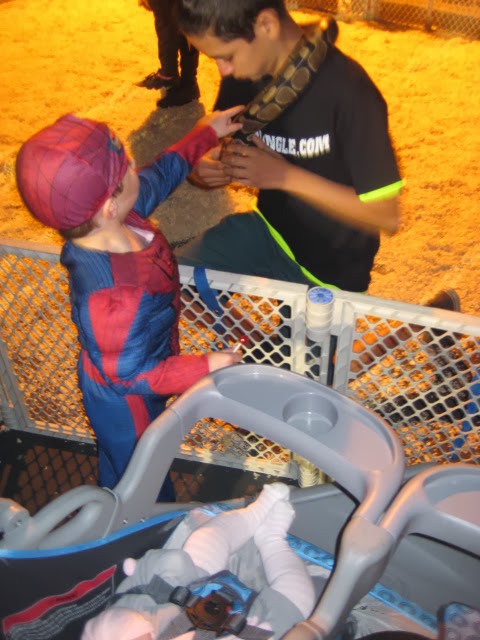 So I did, tried to put him on my shoulders but he apparently really liked my hair! 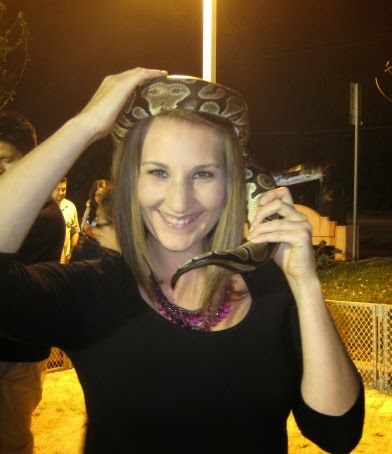 Sweet Ellie was having a good time.. 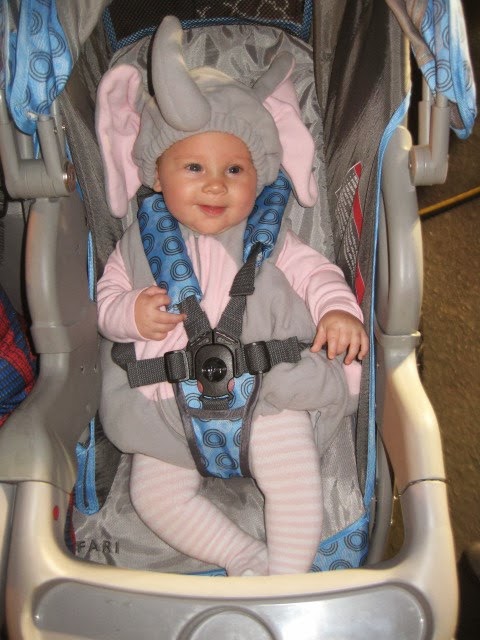 We waited in line for face painting for a LONG LONG time, it felt like forever and it was getting closer and closer to the event ending but they had cut everyone off from joining the line a couple people behind me so I thought we were good. Well they ended up turning all of the lights off outside which made it a little hard to face paint so we were not able to do that =( Luckily my mom was in another line for balloons and of course Cayden wanted a spiderman one =) 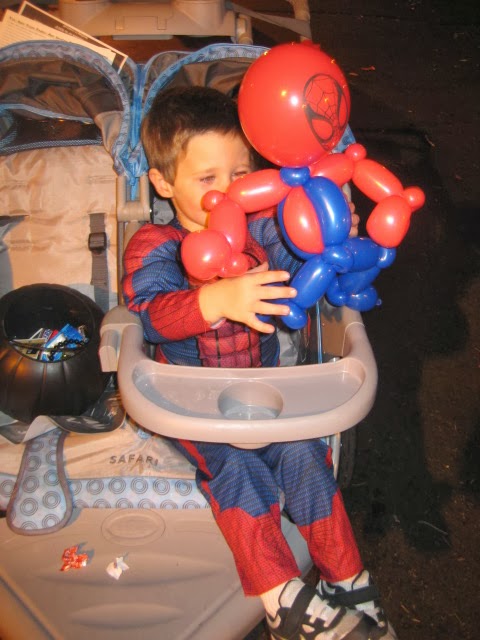 After we had some yummy shakes way too late, we had a good night!